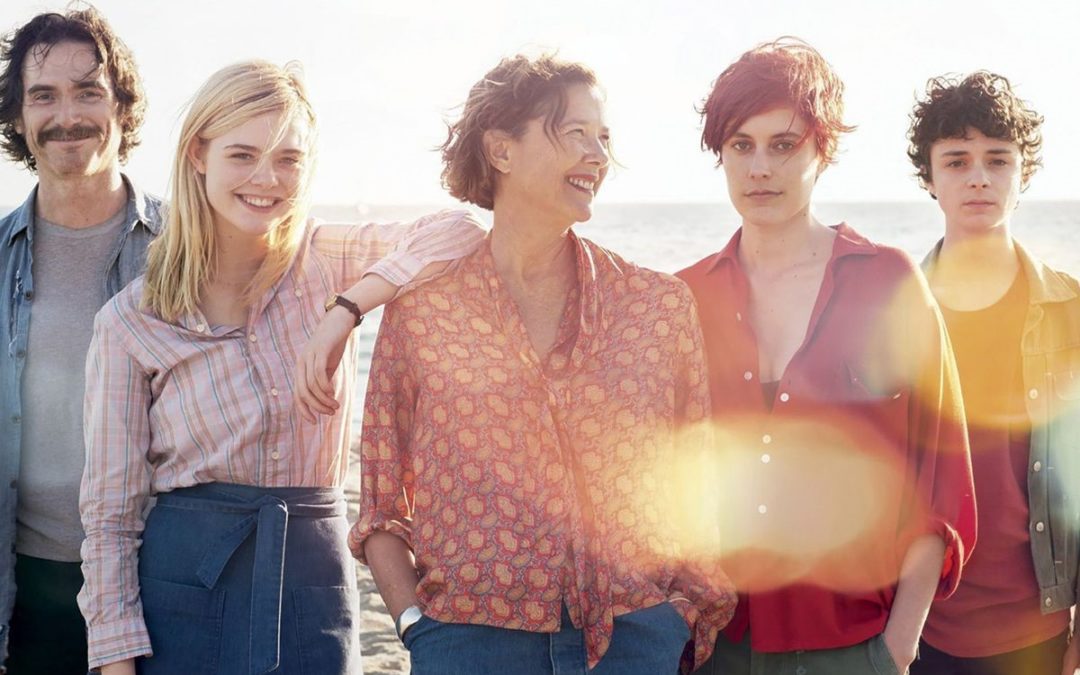 I hope this note finds you healthy both physically and spiritually. I have found in the past week in isolation that this is a time for self-reflection and about understanding the priorities in life as well as the importance of friends and family. That’s why I picked Mike Mills’ “20th Century Women” to be the recommendation for today.

Mike’s film is a memory of growing up in Santa Barbara and being raised by his mom and a group of women. Mills is quite an alchemist combining archival footage, music, art (an extraordinary script) and getting phenomenal performances from his cast led by Annette Bening and featuring a scene-stealing Greta Gerwig before she hit the zeitgeist with “Lady Bird.”

There’s an underlying tone of loss in the film – there are sorrows and tragedies – and yet some hilarious moments. Also, Mike speaks about us as a country – the personal becomes political – and how pivotal was the year of 1979 when Jimmy Carter was our president. Mike Mills was nominated for the Oscar for Best Original Screenplay. I believe this film will be a good companion for you, and it will not only entertain you but help you in this period of introspection. There’s one line in the movie that resonates, “Wondering if you’re happy it’s a great shortcut to just being depressed.”

Have a great weekend.
Roger

Set in Santa Barbara, 20th Century Women follows Dorothea Fields (Annette Bening), a determined single mother in her mid-50s who is raising her adolescent son, Jamie (Lucas Jade Zumann) at a moment brimming with cultural change and rebellion. Dorothea enlists the help of two younger women in Jamie’s upbringing — via Abbie (Greta Gerwig), a free-spirited punk artist living as a boarder in the Fields’ home, and Julie (Elle Fanning), a savvy and provocative teenage neighbor.

Interpreting 1970s Cultural Phenomena
As a teen in the 1970s, Annette Bening has said that she felt a particular connection and resonance with her character in the film. Throughout 20th Century Women, there is a strong connection to the music of the decade with songs from groups like Black Flag and Talking Heads featured as part of the soundtrack and part of the story. The film also alludes to 1970s second-wave feminism and the nation’s increasing concerns over morality. On this, Bening has noted, “I loved the script because I thought it contextualized that period for me in a way I hadn’t seen.” With such a clear dedication to the cultural marvels of the time, Mills shows that not only do our friends and family raise us – it’s our entire culture that plays a part in forming who we are.

Mike Mills’ Background
The American film director’s career has crossed multiple art forms and media – he is known for his work creating music videos for acts such as Yoko Ono and Air, he has worked as a graphic designer on album covers for the Beastie Boys and Sonic Youth (to name a few), and has created graphics for fashion giant Marc Jacobs and commercials for Nike and Volkswagen. Best known for his independent films Beginners (2011) and Thumbsucker (2005), his work frequently echoes the generational values and issues that sociology and academia may not fully grasp.

Mike Mills on Strong Female Characters in 20th Century Women
“The film is an ode to the women who raised me; my mom, my sisters, the girls I was in love with or looked up to at school and in the punk rock scene where I really learned about the world,” said Mills. “These women were all so complicated and strong – all very funny, all fighting to find a way to be authentic, happy and free. All dealing with the complications of the new freedoms they were exploring.” (Variety)

Production
The script was written by Mike Mills, and was informed by his own interviews with women who were teenagers in 1979. Megan Ellison’s Annapurna Pictures (known for producing Her, Zero Dark Thirty, and Joy, to name a few) signed on as producer alongside Anne Carey of Archer Gray and Youree Henley. Excluding some interior scenes, the film was shot on location in Santa Barbara in September 2015, with production wrapping late in the following month. In order to stimulate the quintessential laid-back and fun-loving Santa Barbara vibe, Mills urged the talent to attend local dance parties because “music is part of the culture of each character. It’s part of their history, and it’s also, really, a part of their storytelling.”