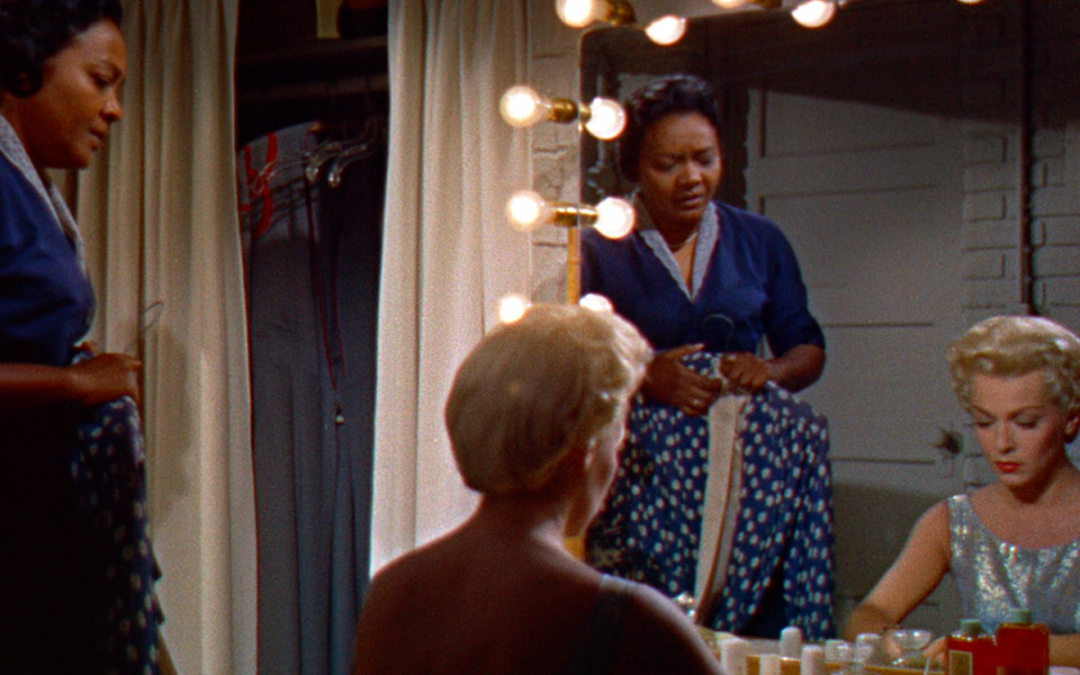 In the 1950s, Douglas Sirk made films for Hollywood that were great commercial successes but were dismissed by critics because they were considered flimsy melodramas that were geared towards women – they were thought of as “women’s pictures.” With time, critics, scholars and directors started to understand that Sirk was making subversive social commentaries on post World War II America – while drawing sympathetic portraits of marginalized characters. His intricate design and composition and in particular his use of color – his mise-en-scene – cleverly highlighted his messages. Directors like Pedro Almodovar and Todd Haynes have been greatly influenced by his work. Guillermo Del Toro mentioned him while accepting his Oscar for Best Director for ‘The Shape of Water,” and Quentin Tarantino pays homage in “Pulp Fiction” by having Vincent, played by John Travolta, order “Yeah, the Douglas Sirk steak. I’ll have that.” His works include “All That Heaven Allows”, “Magnificent Obsession” and “Written on the Wind” among others.

His very last film before his retirement is my favorite – “Imitation of Life” (1959). Like his previous ones, it was not originally well-reviewed by critics but it was popular at the box office. The film was the second adaptation of Fannie Hurst’s novel of the same name. It is an extremely vital film dealing with issues of race, class, gender and ambition. It is a terrific window for us to see 1950s issues that we’re still grappling with – if not intensified.

“Imitation of Life”’ has an undiminished devastating power. Lana Turner stars as Lora – an aspiring actress – a widow and single mother. At the beach, she crosses paths with Annie (Juanita Moore) – the African American, unemployed single mother of the light-skinned Sarah Jane. Annie offers to become Lora’s housekeeper – and in doing so raising Lora’s daughter as well as her own. Lora dreams of class ascension and she succeeds — by becoming a successful Broadway actress. Her own daughter only wants the love that she’s never got from her real mother. Sarah Jane sees her light skin as opportunity to pass as white and as a chance to have a better life for she knows what it means to be black in America. Annie wants the love of her daughter. The two mother-daughter relationships are mirror images of each other – and their needs and desires are cross-wired – a world looking at a reverse reflection of another.

All the torrent of melodrama is harnessed by Sirk’s ironic and determined control and visual imagery. Every scene comments on the situation. There are constant usages of stairs and climbing alluding to the several aspirations of the characters. Mirrors are used to emphasize the oppositions and also the “imitations” – “the illusion” – the “falsehood” and role-playing that all the characters are doing. There’s a sense of entrapment and angst. Bold colors and shiny surfaces enhance this. “Children are always pretending,” Lora consoles Annie early on when her daughter tells her she’s not black. As Annie soon takes on the traditional role of maid, Lora never sees it as such because of her white privilege. “It never occurred to me that you had any friends,” a self-absorbed Lora tells her loyal Annie towards the end of the film. As Lora achieves her success, notice how Sirk makes her wear a literal helmet of stiff hair – and her clothes and belongings become a display of hollowness. In a poignant – stylized brutal scene – we see a white boyfriend react to finding out that Sarah Jane is actually black. It articulates racism in an existential and horrific way. (Please note the usage of a mirror in this scene.) The final sequence – a heightened funeral where Mahalia Jackson sings “The Trouble of The World” is a cry for freedom and points out the ultimate statement of this intellectually challenging and timely film – how America has deprived African Americans the life that white America has spoken for themselves.

Douglas Sirk Reflects on Imitation of Life
In an interview with Film Comment, Douglas Sirk discusses the making of his film, Imitation of Life. “Before shooting those scenes, I went to hear Mahalia Jackson at UCLA, where she was giving a recital. I knew nothing about her. But here on the stage was this large, homely, ungainly woman—and all these shining, beautiful young faces turned up to her, and absolutely smitten with her. It was strange and funny, and very impressive. I tried to get some of that experience into the picture. We photographed her with a three-inch lens, so that every unevenness in the face stood out. The funeral scene wasn’t in the original script. So of course the front office was very nervous about okaying it. “Is it against God?” they said. Ross Hunter told them, “Oh it’s wonderful—it’s full of religious touches.” And as usual, he got what we wanted. It was an expensive scene. For the exteriors, outside the church, we had to go to the Paramount lot to build the set—Universal didn’t have the facilities. For the interiors, we found a church in Hollywood.” (www.filmcomment.com)

Sirk’s Continuing Influences
“Sirk has proven to be a key inspiration for the likes of Rainer Werner Fassbinder, Pedro Almodovar, and John Waters. Indeed, Todd Haynes‘ “Far From Heaven” is an acknowledged love letter to Sirk’s Universal melodramas. But his influence has gone beyond the film world to encompass music too. A decade after the film’s release, Motown songwriters The Clan wrote “I’m Livin In Shame,” a song inspired by “Imitation Of Life,” for Diana Ross & The Supremes. Thirty years later, R.E.M. would borrow the title for the lead single of their 2001 album Reveal. There’s not much DNA between the two beyond the name, it should be said, but it does at least feature a terribly clever pan-and-scan video from Garth Jennings (“Son Of Rambow“).” (IndieWire)

About Director Douglas Sirk
Douglas Sirk was born Hans Detlef Sierck to Danish parents in living in Hamburg. His father was a journalist and the younger Sierck also wrote for newspapers during his university years. But it was theatre and cinema that inspired him, having a particular fascination with Shakespeare’s histories. He began studying law at university but shifted to philosophy and art history. During this time he also worked in the theatre. His debut as theatre director came in 1922, and this led to Sierk becoming one of Germany’s principal stage directors. In 1934 he also started making short films at the Ufa studios, and April! April! his first feature film was released in 1935. His career as a film director, making films such a La Habanera (1937), earned him respect among the Nazi governors, especially Goebbels. But Sirk was not comfortable in Germany. His second wife, the actress Hilde Jary, was Jewish and after she left for Rome, he soon followed. By 1941, they were in the US joining the émigré filmmaking enclave in Hollywood. Sirk’s first American film was Hitler’s Madmen (1942), and his second, Summer Storm (1944), was based on Chekhov’s The Shooting Party. Here he worked with actor George Sanders, establishing a long-term friendship, one of the few in Hollywood where he saw himself as much of an outsider and a loner. However, Sirk did develop close working relationships with producers Ross Hunter and Albert Zugsmith, and with other collaborators like actor Rock Hudson, writer George Zuckerman and cinematographer Russell Metty. It was amongst members of this group that he directed the films that are his Hollywood legacy; a reputation based primarily on ironic melodramas like Magnificent Obsession (1953), All that Heaven Allows (1955), Written on the Wind (1956) and Imitation of Life (1958). But Sirk was not exclusively a director of contemporary “weepies” but also of films such as the Irish swashbuckler Captain Lightfoot (1954), the Korean war film Battle Hymn (1956), and Sirk’s personal favourite, the 3D western Taza, Son of Cochise(1953). Sirk and Hilde abandoned Hollywood for Switzerland in 1959, due to Sirk’s failing health and uncomfortable with the excesses of a Hollywood lifestyle. At the same time his standing amongst the new autuerist critics in Europe was on the rise, with Jean-Luc Godard writing on Sirk’s 1957 film, A Time to Love and a Time to Die, in the influential journal Cahiers du Cinema. The New German CInema director Rainer Werner Fassbinder was also a fan, making trips to Sirk’s home in Lugano and convincing the retired filmmaker to teach at the Munich Film School. There Sirk made some short films with his students. He died in Lugano in January 1987. (MadMan Entertainment)