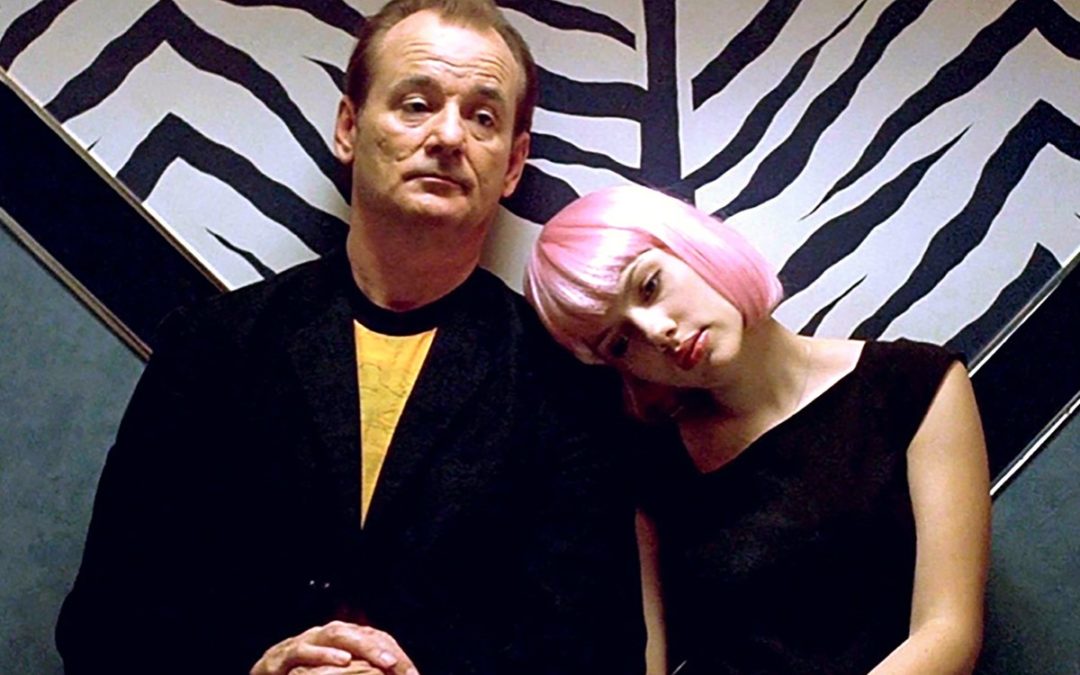 When I’m asked a list of my favorite films – without hesitation I pick Sofia Coppola’s “Lost In Translation.” I include it in my film class every semester. The film defies categorizing. It’s got comedy – it’s got pathos – it’s got a platonic and multi-layered relationship at its center, yet it’s romantic.

At its core the film is about needing to communicate; to be heard, to belong, and how at so many times, no matter what the age, we’ve felt lost. “I just feel so alone, even when I’m surrounded by other people,” says Charlotte played by an extraordinary Scarlett Johansson.

Sofia Coppola is a master filmmaker… and storyteller. Notice the symbolic usage of the hotel in Tokyo and its spaces. I know that in the current world we’re living in, and the sense of alienation we’re encountering, you will be moved by what Coppola is dealing with in her Academy Award-winning film.

There’s one scene that breaks my heart every time I see it – and it’s probably one of the greatest scenes in cinema; Bill Murray and Scarlett are having a late-night conversation. Charlotte: “I just don’t know what I’m supposed to be.” Bob Harris: “You’ll figure it out. The more you know who you are, and what you want, the less you let things upset you.”

Lost in Translation
(Available to stream on Hulu)

Bob is a movie star in town to shoot a whiskey commercial, while Charlotte is a young woman tagging along with her workaholic photographer husband. Unable to sleep, Bob and Charlotte cross paths one night in the luxury hotel bar. This chance meeting soon becomes a surprising friendship. Charlotte and Bob venture through Tokyo, having often hilarious encounters with its citizens, and ultimately discover a new belief in life’s possibilities. Shot entirely on location in Japan, Sofia Coppola’s Lost in Translation is a valentine to the nature of close friendships and to the city of Tokyo. Ms. Coppola’s film, from her original screenplay, contemplates the unexpected connections we make that might not last – yet stay with us forever.

About Director Sofia Coppola
Sofia Coppola is an American film director, producer, screenwriter, and fashion designer known best for her films The Virgin Suicides (1999) and Lost in Translation (2003). Coppola was born in Manhattan in 1971, during the production of her father, Francis Ford Coppola’s film, The Godfather. In the 1990s, she enrolled at the California Institute of Arts, concentrating on her photography, and experimenting with costume and fashion design. In 1999, she wrote and directed The Virgin Suicides, later winning Golden Globes for Best Screenplay and Picture (Comedy or Musical). In 2004, her film, Lost in Translation, was nominated for four Academy Awards including Best Picture, Best Actor, Best Director, and Best Original Screenplay. Coppola won Best Original Screenplay and made history by becoming the first American woman to receive a Best Director Oscar nomination. Sofia went on to direct Marie Antoinette (2006), Somewhere (2010), The Bling Ring (2013) and The Beguiled (2017).

The Role of The Park Hyatt
Sofia Coppola was introduced to the Tokyo Park Hyatt while promoting her film, The Virgin Suicides and fell in love with the serene modernist building towering above the bustling city. “It’s just one of my favorite places in the world,” said Coppola. “Tokyo is so hectic, but inside the hotel, it’s very silent.” (IndieWire) Housed in the Shinjuku Park Tower, the hotel occupies the top floors (39-52), allowing its guests a respite from the busy neighborhood below as well as magnificent views of the city. She also loved how the hotel’s eclectic mix reflected the spirit of her story. “This New York bar…the jazz singer…the French restaurant, all in Tokyo. It’s this weird combination of different cultures” she said. Even though the hotel normally refuses any film production, always wanting to put the comfort of its guests first, it fell in love with Coppola’s charming tale of unexpected friendship, permitting the production use of many of the hotel’s key locales, such as the New York Bar, its world-class spa, and its Olympic-size swimming pool surrounded by full-length windows. (Focus Features) The hotel became a character in the film. Today tourists flock to the hotel to catch a glimpse of the film’s character in real life.

Choosing Lost in Translation
Sofia wrote the original screenplay which includes many nods to her own life, with Charlotte being a reflection of herself. “I spent a lot of time in Tokyo in my twenties and I really wanted to make a film around my experience of just being there. That was the starting point,” said Coppola. “I had a little clothing company with a friend, so we went there a few times a year. I was living in L.A. at the time, and I always thought about the little cultural differences between the two places. I put a lot of things in that really happened. And since I was in my 20s and didn’t really know what I wanted to be doing, I think it’s my most personal movie because it’s about what I was going through at the time.” she said. (Daily Beast)