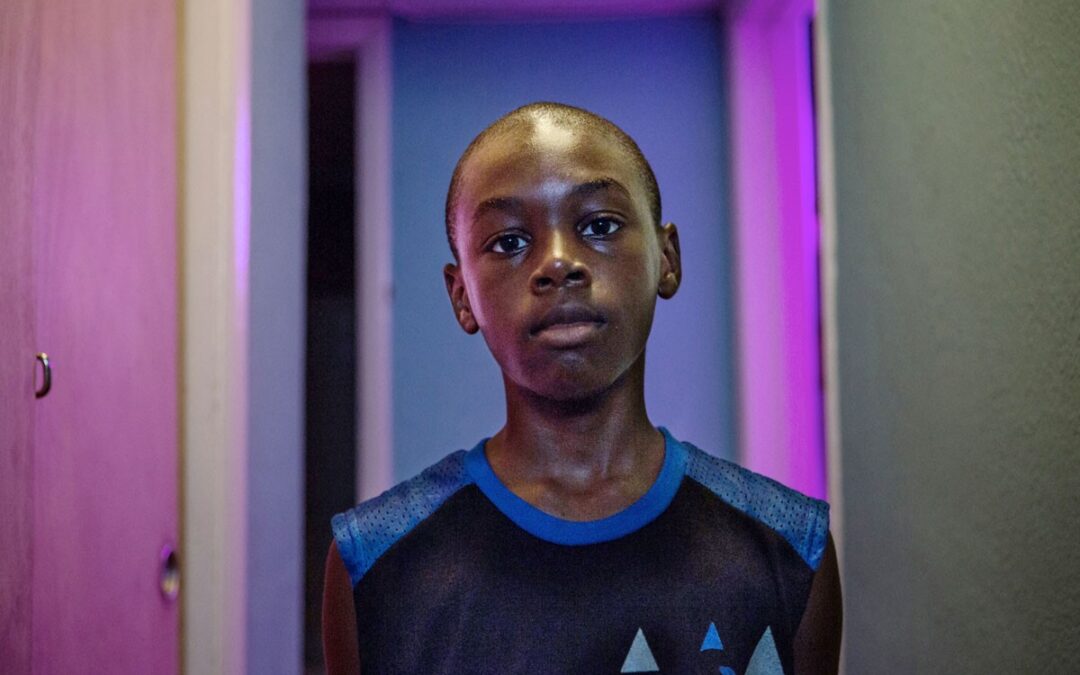 “Moonlight” is the best movie released in the past ten years. I have loved this movie since the moment I saw it at the Telluride Film Festival in 2014. I have taught it every semester since. Last night, I sat and watched it again for during trying times, I reach out to trusted friends for nourishment and comfort. What is remarkable is how this poem of a film grows in importance.

“’Moonlight’ dwells on the dignity, beauty and terrible vulnerability of black bodies, on the existential and physical matter of black lives,” wrote the great critic A.O. Scott for the New York Times. As much as everyone can relate to this film, we cannot deny its specificity. It’s about a young black man growing up in South Florida with marginalized poor black people, drug dealers, drug addicts and oppressors. However director Barry Jenkins goes against all of the clichés and expectations – and in due course makes us see these characters we’ve encountered before in a whole different prism – as if we were actually seeing them for the first time. We are the ones who need to be empathetic, the film beckons.

“Let me tell you something, man. There are black people everywhere. Remember that, okay? No place you can go in the world ain’t got no black people. We was the first on this planet,” says Juan to our young protagonist Chiron on the beach. This quote summons the hardships African Americans have faced from slavery to racial discrimination and the roles and demands society has imposed on them. “Moonlight” is about identity (the main character is asked “Who is you?” throughout the film) – how Chiron – a sensitive black man – is forced by his environment to renounce his own self (he’s given names and called slurs before he even understands what they mean.). “I think American society forces black men to fortify themselves to have to go out into the world and provide for themselves and survive,” said director and screewriter Jenkins. He asks us to ponder how difficult it is to be exposed – to be sensitive.

There is boundless beauty in this film – moments that take your breath away – and that will linger in your mind for days to come. As an artist, Jenkins marries form with content. The work of art is filled with fluid sensual camera work – juxtaposed with geometrical compositions. Classical and lyrical music plays out in unexpected moments. The sounds of waves and the breeze on palm trees permeate the film. Characters are shot in close ups – forcing us – an audience – to have an intimate connection with them. Most radically, actors stare directly into the camera – locking eyes with us – daring us to look away. Jenkins is masterful with actors – Naomi Harris is heartbreaking as Chiron’s mother who falls in front of our eyes into addiction. Janelle Monae is terrific as the understanding mother figure the young man needs. The towering presence in the film is Mahershala Ali – as Juan – the drug dealer who becomes a kind role model to Chiron and who has himself gone through a history of abuse.

The movie is divided in three sections — of Chiron’s life as a young kid, a teenager and as a young man. We watch him being played by three different performers who detail his evolution from a fearful young man into a bulked-up version that is an armor – a form of self-defense against all the hatred he’s encountered as well as a manifestation of his self-loathing. It is shocking to see the last incarnation who only 15 years or so prior was interested in dance class. In the last scene – we have a beautiful moment of redemption where Chiron finally finds solace in the arms of Kevin – a loving man who is the only man who’s ever touched him – literally and emotionally.

The most memorable scene in cinema in this century is the elegiac moment that Juan teaches a young Chiron how to swim. It’s a baptism. A rite of passage. A call for unity, trust and understanding.

Juan: “Ok. Let your head rest in my hand. Relax. I got you. I promise. I won’t let you go. Hey man. I got you. There you go. Ten Seconds. Right there. You in the middle of the world.”

Moonlight
Available to stream on Netflix and to rent on Amazon Prime, Vudu, YouTube, iTunes and Google Play.

About Writer and Director Barry Jenkins
Jenkins was born on Nov. 19, 1979, and raised in the Liberty City neighborhood of Miami. When he was 6 months old, riots in response to the acquittal of police officers involved in the death of a black man named Arthur McDuffie worsened blight in his segregated neighborhood. “I’m the baby, by a mile,” he says. “I have one sister, one brother.” His mother gave birth to his older siblings at 15 and 16 years old. Nine years later, she gave birth to him. He grew up in Knight Manor (also known as the Village), a housing project built close to the larger Liberty Square projects. In high school Jenkins played football, got good grades, made it to senior year. He had been admitted to the University of Florida, but after a trip to visit F.S.U. in Tallahassee, “I thought: This is the blackest place in America. I gotta be here.” In Tallahassee, he lived with high school friends and intended to pursue a creative-writing degree — he used to be obsessed with the Iowa Writers’ Workshop — until one day he walked by a sign for the film school and had a change of heart. He began pursuing a dual degree.

“I remember my first short film,” he says. “I put my roommate in it, and it was a strange film. We shot it on a Bolex” — a spring-wound camera associated with avant-garde film — “so it wasn’t like a narrative. It was more experimental.” His roommates, he says, “just looked at me like they thought I had lost my mind.” In the film department, though, Jenkins began making connections with the collaborators he’d work with over the next two decades: McMillon and Sanders; James Laxton, the cinematographer for all his feature-length films; and Romanski and Mark Ceryak, two of his partners at the production company Pastel. After watching other students’ work, Jenkins didn’t think he had the technical ability to compete. “Digital filmmaking wasn’t anywhere near what it is now,” he says; working on film, “you couldn’t see what you were doing. There’s no playback on set. You can’t shoot it and then immediately pull it up on the memory card.” The filmmaker needed solid knowledge from the start. Jenkins took a year away from the film program to study the craft on his own, finishing his creative-writing credits in the meantime. (The New York Times)

“After film school, he moved to LA to work for Oprah Winfrey’s production company Harpo Films, serving as director’s assistant on Their Eyes Were Watching God. “It was a crash course in Hollywood film-making, but I got burned out. At school, film-making had been the most beautiful thing that ever happened to me. Then I get to LA and it’s this whole other thing. I checked out.” His rootless, disorganized childhood may have been behind this retreat from film-making, he says. He rode trains around the country for a year, winding up in San Francisco after falling in love. “I unloaded boxes for Banana Republic. Best job I ever had. I didn’t need film then, I didn’t think about it at all.” But the relationship didn’t work out. “When she dumped me, I thought, ‘Shit, I got to do something.’” That something was Medicine for Melancholy…“The movie was born out of an extreme desire to express myself, to prove to myself that film school wasn’t a fluke.” (The Guardian)

Moonlight received a total of eight Academy Award nominations, including Performance by an Actor in a Supporting Role, Performance by an Actress in a Supporting Role, Cinematography, Directing, Film Editing, Music (Original Score), Writing (Adapted Screenplay) and Best Picture. The film took home three Academy Awards, including Best Picture, Actor in a Supporting Role for Mahershala Ali and Writing (Adapted Screenplay) for Barry Jenkins (screenplay) and Tarell Alvin McCraney (story). (Oscars.org) “In the time since then, his adaptation of James Baldwin’s “If Beale Street Could Talk” was another critical and commercial success that landed Jenkins another Oscar nomination. He’s currently wrapping pre-production on his long-awaited Amazon series adaptation of Colson Whitehead’s Pulitzer Prize winner “The Underground Railroad,” and a biopic about choreographer Alvin Ailey is around the corner.” (IndieWire)