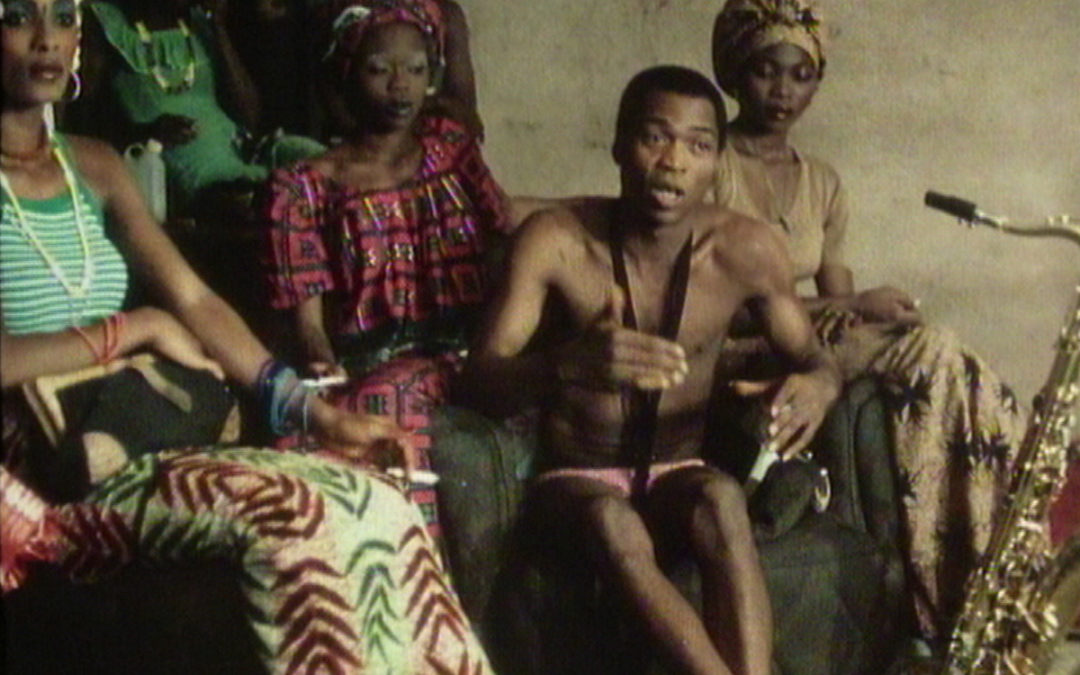 This new perspective on the Nigerian musician Fela Kuti counters the most often portrayed narrative of Fela “as an eccentric African pop idol of the ghetto,” according to director Joel Zito Araújo. The complexity of Fela’s life is unraveled through the eyes of his close friend and official biographer, the African-Cuban Carlos Moore. As the documentary unfolds, it reveals the many influences and forces that shaped Fela’s extraordinary life: from the relationship he had with his mother to his many and problematic relationships with women, from his ties with his spiritual advisor to his mutually influential encounters with African Americans. By placing Fela’s personal history in a pan-African context, the film becomes not only a portrait of one man but also of a pan-African generation. (adapted from International Film Festival Rotterdam)