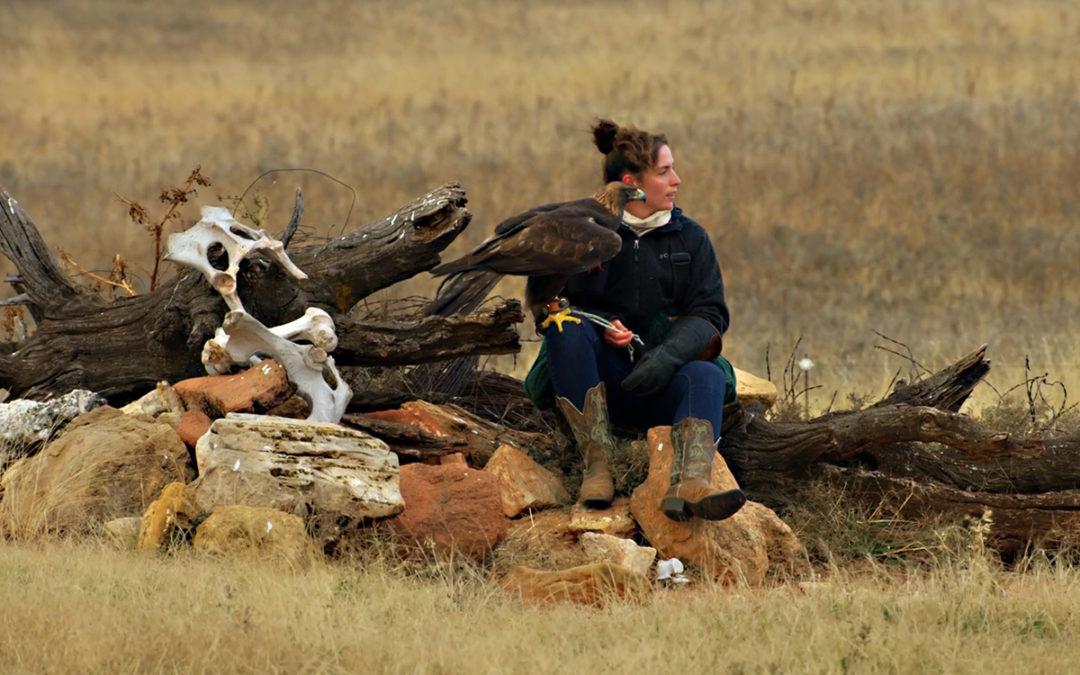 How can we connect to our natural, primal spirit when modern society threatens to erase it? OVERLAND is a stunning cinematic journey across four continents that twists and turns like nature itself – bridging ancient to modern, east to west, and earth to sky. Lauren, a daredevil anthropologist, trains injured eagles to fly and hunt while scouring the world for falconry secrets. A confused eagle whose tragic past seems beyond repair pushes her to the brink. Giovanni left Rome for a solitary life in the countryside with his wolves, horse, and hawks. After a transcendent experience with an 800-year-old falconry book, he begins to question his life’s purpose. In Dubai, Khalifa is training to be the world’s best falcon racer. For millennia, his nomadic ancestors hunted with falcons in the harsh Arabian desert. Now, with city life encroaching, he must find a way to keep his fragile Bedouin culture from vanishing forever.