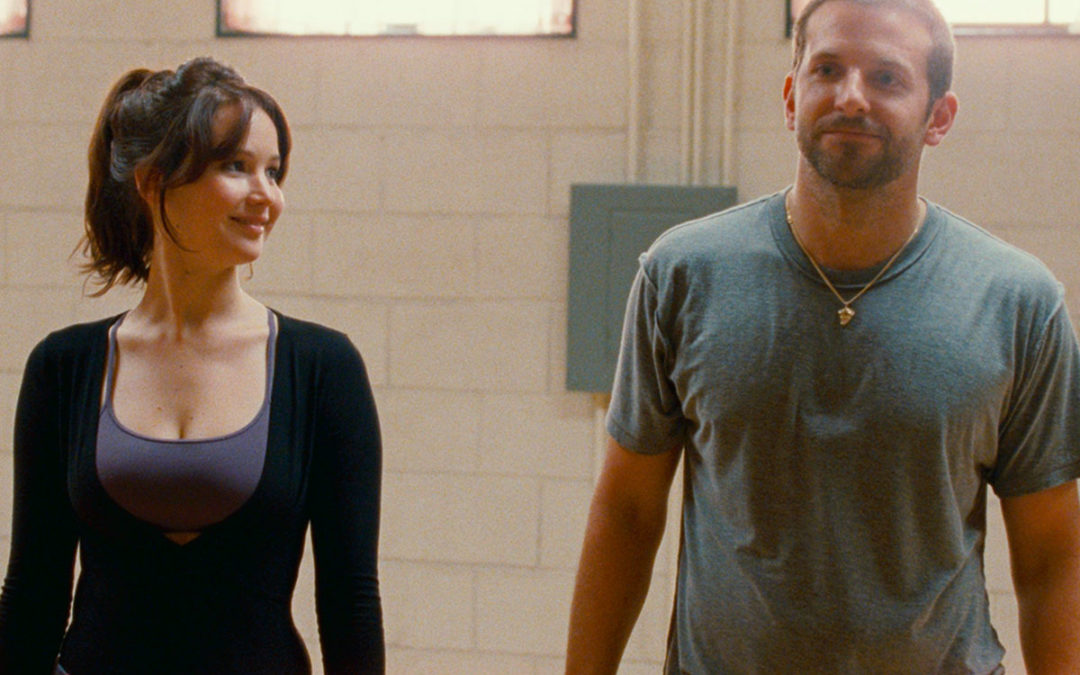 I hope this note finds you well. Since we’re spending time at home, we thought of sending you daily movie recommendations – accompanied with a study guide (below) with fun facts.

The first film is one of our personal favorites, David O. Russell’s SILVER LININGS PLAYBOOK. We all need to remain positive, focused at this moment, and I love that this movie inspires that. One of my favorite lines is “You have to do everything you can, you have to work your hardest, and if you do, you have a shot at a silver lining.” SILVER LININGS PLAYBOOK became the first film since 1981’s Reds to be Oscar-nominated for the four acting categories and the first since 2004’s Million Dollar Baby to be nominated for the Big Five Oscars, with Lawrence winning the Academy Award for Best Actress.

Interestingly, David O. Russell’s follow up, AMERICAN HUSTLE, was also nominated for the four acting categories and the Big Five. I’d go as far as suggesting you do a David O. Russell retrospective – SPANKING THE MONKEY, FLIRTING WITH DISASTER, THREE KINGS, I HEART HUCKABEES, and THE FIGHTER. His movies make for great company.

Pat Solitano wants nothing more than to be reunited with his estranged ex-wife and return to his job as a history teacher. However, following his release from a mental hospital, Pat encounters issues with alienation from his family and ex-wife as he seeks treatment for his bipolar disorder. Desperate to reconcile with his wife, Pat befriends Tiffany Maxwell and learns the value of ‘letting go’ and how to dance to his own beat. Silver Linings Playbook provides an insightful depiction of mental health in America along with a humorous, upbeat-take on family life and falling in love.

About Director David O. Russell
Born on August 20, 1958 in Manhattan, New York, Russell was raised by both Maria and Bernard Russell. Both of Russell’s parents worked for Simon & Schuster, which lead Russell to be fascinated with books and literature. Finding inspiration all around him, Russell enrolled at Amherst College where he majored in Political Science and Literature and worked as a writer for a short documentary. Following his work on the documentary, Russell started to become interested in learning how to direct films. With numerous credits as a writer, producer, and director; Russell’s celebrated films include: Three Kings (1999), Joy (2015), American Hustle (2013), The Fighter (2010), and Silver Linings Playbook (2012). His latter films received numerous praise and nominations, as well as Academy Awards. Russell has been nominated six-times for an Academy Award.

The Role of Dance in Silver Linings Playbook
Dancing plays a prominent role in Silver Linings Playbook. It not only brings Pat and Tiffany together, but it also provides a distraction for both characters. For Pat, dancing is a distraction to his bipolar disorder and chaotic family life. Learning a new skill for Pat is a healthy alternative for alleviating stress non-violently. Similarly, Tiffany also benefits from dancing with Pat as she learns to cope with the death of her husband and how to love herself. In a recent study conducted by Harvard Medical School observed that, “physical activity associated with dance links with those gained from physical exercise, benefits that range from memory improvement to strengthened neuronal connections.” From this study, dancing not only is a great exercise for your body but also for your brain. So what are you waiting for– put on your dancing shoes!

Choosing Silver Linings Playbook
Silver Linings Playbook is a dynamic film that effortlessly incorporates the struggles of mental health with individuals possessing bipolar disorder and how a society/ environment can be triggering to them. In an article for Forbes Magazine, David O. Russell expressed his personal attachment to Silver Linings Playbook, “When I do what I do and I meet some of them, it’s been very enlightening to me. Because I’ve been living with this for most of my nineteen-year-old son’s [Matthew’s] life, and I’d no clue that everyone around me were people who had loved ones or themselves [dealing with the same issues]. Now the movie’s there, so now everybody’s telling me. And everywhere I go, somebody comes and tells me a story.” Raising awareness for people that have bipolar disorder avoids the taboo effect of not discussing the importance of mental health in America. Being able to provide an accurate depiction of bipolar disorder in a light-hearted way is what excels Silver Linings Playbook to be a beloved film that is treasured by many.