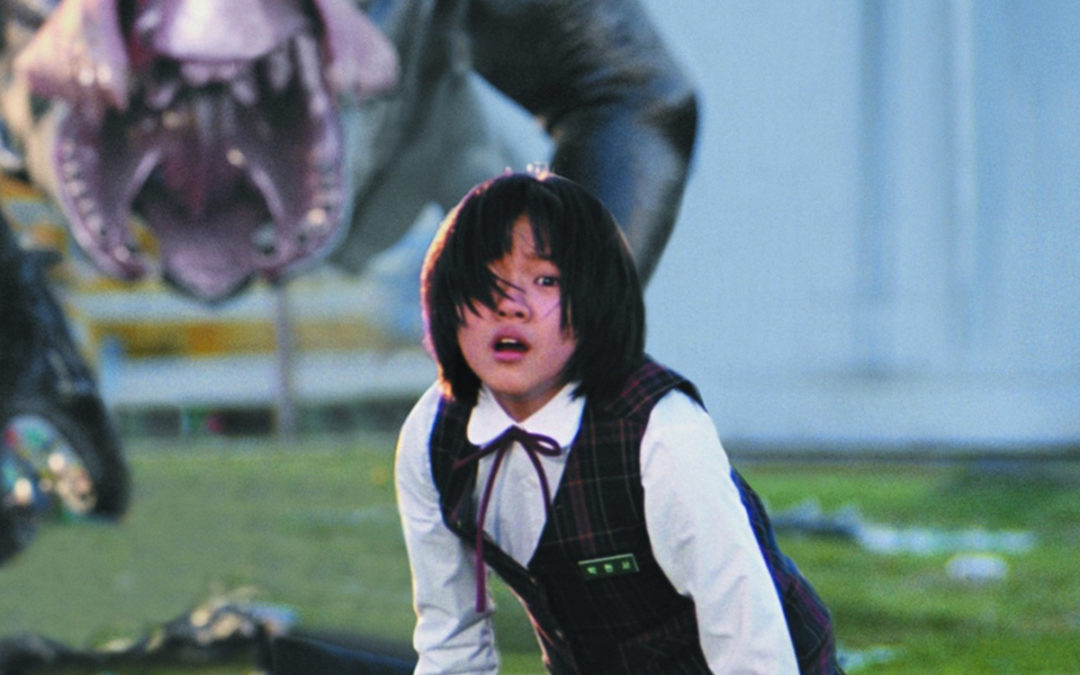 Gang-du works at a food-stand on the banks of the Han River. Dozing on the job, he is awakened by his daughter, Hyun-seo, who is angry with him for missing a teacher-parent meeting at school. As Gang-du walks out to the riverbank, he notices that a large crowd of people have gathered, taking pictures and talking about something hanging from the Han River Bridge. The otherwise idyllic landscape turns suddenly to bedlam, when a terrifying creature climbs up onto the riverbank and begins to crush and eat people. Gang-du and his daughter run for their lives, but suddenly the being grabs Hyun-seo and disappears back into the river. The government announces that the monstrous thing apparently is the host of an unidentified virus. Having feared the worst, Gang-du receives a phone call from his daughter who is frightened, but very much alive. Gang-du soon makes plans to infiltrate the forbidden zone near the Han River to rescue his daughter from the clutches of the horrifying creature.