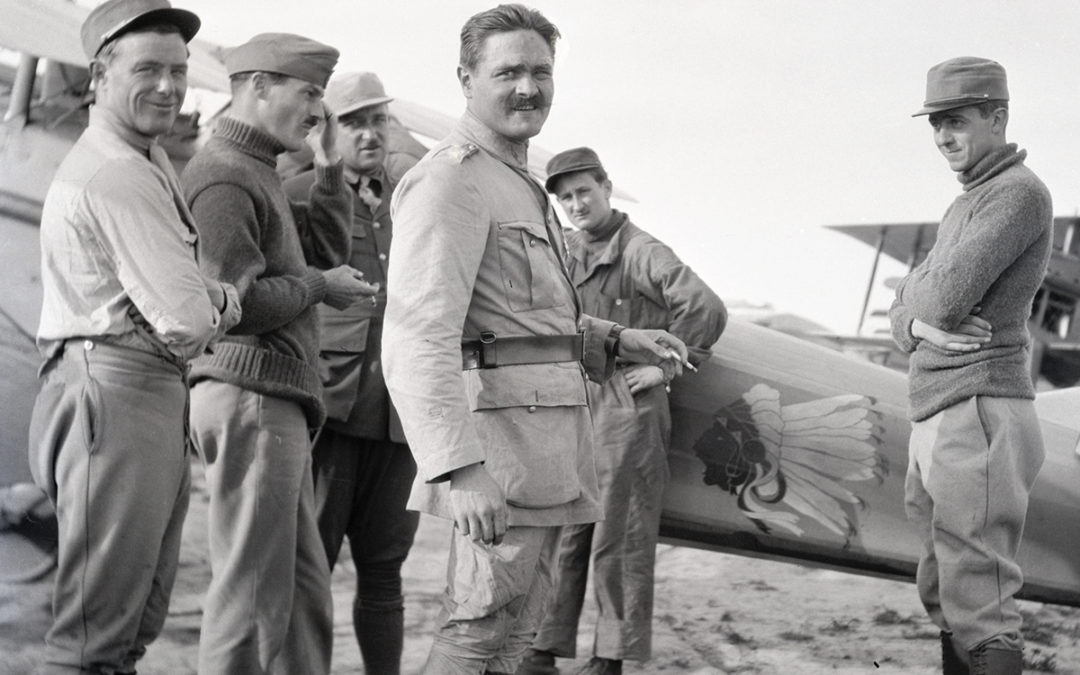 With over 40 locations filmed in France, more than 20 interviews, and never-before-seen photographs and stories, THE LAFAYETTE ESPADRILLE tells the true story of the 38 Americans who volunteered to fly for France in World War I. They were all types—some Ivy League educated; some raised on the streets. The youngest was 20, the oldest, 40. There were three architects, four lawyers, a physician, and one former human cannonball. One was blind in one eye and deaf in one ear. Two of them were not even human—they were lions. They were willing to pay the ultimate price, and they helped move their reluctant nation to join the Allies and enter the fight.