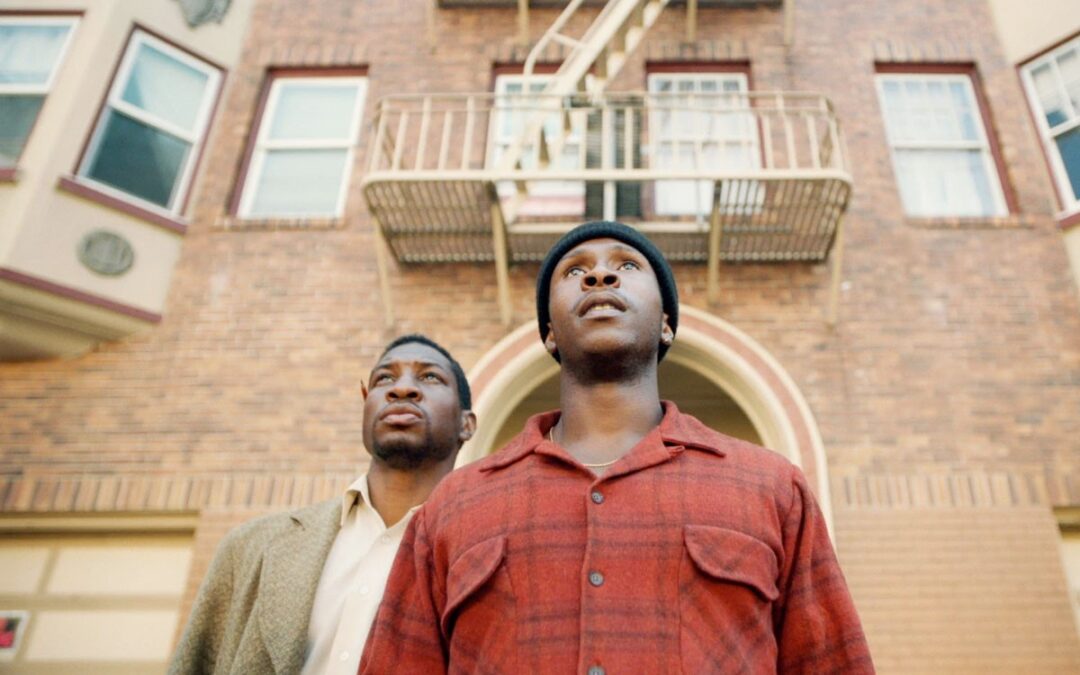 “The Last Black Man In San Francisco” (2019) is a remarkable film that deserves your attention. It’s one of the richest experiences I’ve had watching a film in a while. There’s something exhilarating in seeing something new in cinema, and director Joe Talbot is a refreshing new voice. Jimmie Fails (playing a fictionalized version of himself) longs to retrieve the stately Victorian home his grandfather built in the Fillmore District of San Francisco. In his pursuit, he’s joined by his best friend Mont who is an aspiring playwright. The film unfolds like a dream which is appropriate since Jimmie’s aspirations might be a bit delusional. The fact that Mont is a scribe adds a layer of theatricality that makes us aware of the act of creation unfolding in front of us. Their relationship made me think of Don Quixote and his faithful companion Sancho Panza. Like Quixote, Jimmie is able to create a reality of his own, and it can affect others as well as himself.

Jimmie works at a nursing home and doesn’t have a home. He stays at Mont’s grandfather’s house. Diligently he stops at the Victorian home, now occupied by a white couple. He retouches the paint and chastises them for not keeping up with the garden. One day, when the couple moves out, Jimmie sneaks in – and brings in Mort as well as his old family furniture.

We can all relate to the basic theme of this movie that we all need a place to call our own – for us to have a home. Yes, that’s what Jimmie ultimately wants. “The Last Black Man in San Francisco” also works as a valentine to the city where it takes place. Talbot and his cinematographer Adam Newport-Berra conjure up a gorgeous cinematic city by the bay. And the friendship at the heart of the film also makes it relatable and a strong leitmotif for us to latch on to. All of the above is ascertained and enjoyed on a surface evaluation of this fantastically ambitious film. But Talbot and Jimmie Fails – are dealing with richer and complex themes including how gentrification has adversely affected black America. “This is the edge – the final frontier of Manifest Destiny,” says Jimmie.

There are some facts that are worth knowing beforehand to get a fuller understanding of the ambitions of this film. I applaud the creators for not being didactic. The Victorian is situated in Bayview-Hunters Point – a peninsula in the San Francisco Bay. Shipbuilding was integral to this area. During the Great Migration, there was a huge influx of African American workers. For decades, the Navy maintained a shipyard there on which it studied radiation and decontaminated ships exposed to atomic testing. By the 1960s, the Bayview and Hunters Point neighborhoods were populated predominantly by African-Americans and other racial minorities, and the area was isolated from the rest of San Francisco. Pollution, substandard housing, declining infrastructure, and racial discrimination were notable problems. James Baldwin documented all of this in a 1963 documentary, “Take This Hammer”, stating, “this is the San Francisco America pretends does not exist.” Once considered a historic African American district, the percentage of black people in the Bayview–Hunters Point population declined from 65 percent in 1990 to a minority in 2000.

All of what I just mentioned is “hinted” at – but in a lyrical way in this thought-provoking film. Make believe and theatre are big components and the director has used them in the way he tells this tale – from his composition which may remind you of Wes Anderson to the usage of a Greek Chorus.

This is a fascinating film.

About Director Joe Talbot
Joe Talbot is a fifth-generation San Franciscan who began developing The Last Black Man in San Francisco with childhood friend and star Jimmie Fails after leaving high school early to pursue film. He is a Sundance Institute fellow and wrote and directed the acclaimed short “American Paradise,” which was shown at the 2017 Sundance Film Festival and the 2017 SXSW Film Festival. The Last Black Man in San Francisco is his feature-length debut. (https://collab.sundance.org/)